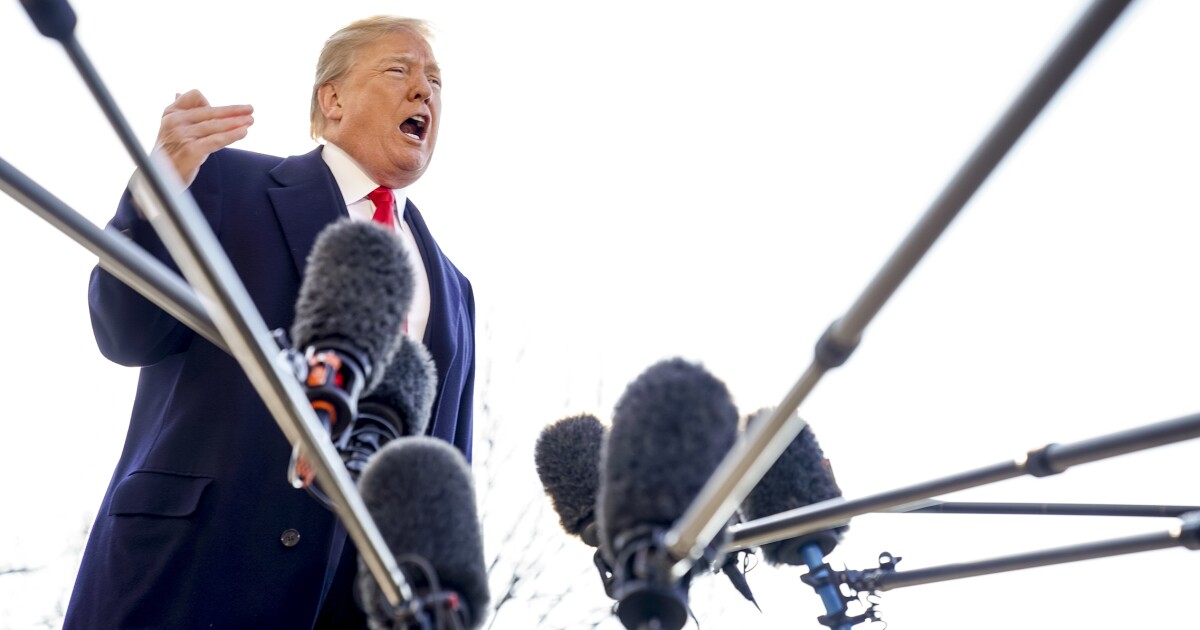 “Drugs are flowing into our country. We need border protection. We need the wall. We have to have the wall. The Democrats don’t want to approve the wall because they think it’s good politically, but it’s not,” President Trump told reporters Thursday during his tour of Joint Interagency Task Force South on Florida’s Key West.

He added, “Human trafficking is worse than it’s ever been in the history of the world.”

Of the many things Trump said during his tour Thursday, his remark about human trafficking is what caught reporters’ ears.

“Trump: Human trafficking ‘worse than it’s ever been in the history of the world,’” read headlines at the Hill and Mediaite.

It’s a bit strange that this was the takeaway Thursday, considering Trump said basically the same thing last year. In July 2017, during an address before an audience of law enforcement officials, Trump said that “human traffickers” is “a term that’s been going on from the beginning of time, and they say it’s worse now than it ever was.”

Thursday’s media write-ups are no big deal. The authors determined it was a newsworthy thing he said, even though he has said it before, and they ran with it. No problem.

But the especially stupid media reaction Thursday came from Bloomberg News’ Jennifer Epstein, who said in a since-deleted tweet, “Trump just now, maybe forgetting about mass slavery: ‘Human trafficking is worse than it’s ever been in the history of the world.’”

Where does one even start with this sort of abject ignorance?

First, researchers have been saying as far back as 2012 that there are “more people in slavery today than at any time in human history.”

Second, an estimated 40 million people were “victims of modern slavery” in 2016, according to the Walk Free Foundation. In contrast, the U.S. Census recorded roughly 4 million slaves in the U.S. in 1860, the year in which both the American Civil War began and the global population stood at around 1.2 billion. This is worth noting because there are an estimated 6.5 billion more people on this planet than there were at the start of the war. It is not outrageous, then, to suggest that the number of enslaved has increased proportionally with world population. It’s possible there were 40 million-plus slaves elsewhere in the world in 1860, but there are no hard figures on that.

Third, the upsurge in worldwide population is not the only factor contributing to the estimated number of people currently trapped in slavery, according to researchers. Advancements in national and intercontinental travel, connectivity, and overall communications have also helped. Put more simply, it’s easier to cast a wider net.

Fourth, along with advancements in slavers’ ability to capture and move their “product,” our ability to track these numbers has advanced as well. True, there are legitimate questions about whether current and historical data are reliable, but it’s foolish to dismiss the president outright in the face of the research we have.

Fifth, Epstein writes “maybe forgetting about mass slavery” as if “mass slavery” doesn’t exist today. This would come as a surprise to the estimated 1 million slaves currently trapped in North Korea alone.

Lastly, let’s not lose sight of the fact that Epstein’s ignorant, knee-jerk reaction comes in the context of a speech about fighting human trafficking. If you find yourself stepping on a rake because you wanted to nail Trump with the next “gotcha!” during a speech about combating the modern slave trade, maybe it’s time for a vacation.