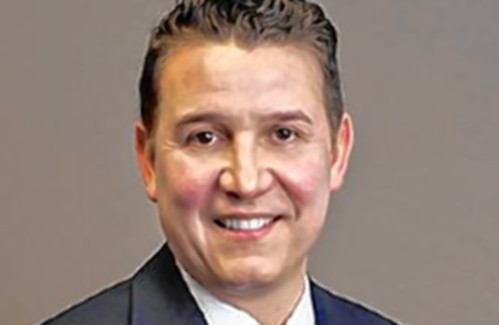 A Newton attorney with roots in the Pioneer Valley and a long history of working in politics has thrown his hat into the ring for the Hampshire Franklin and Worcester District state Senate seat vacated by Sen. Stanley Rosenberg, D-Amherst, last week.

“The district needs somebody who has experience,” said Democrat David Murphy, on why he has chosen to run.

Murphy, 46, is one of four candidates to run for Rosenberg’s seat, though only Chelsea Kline will be listed on the ballot for the Democratic primary on Sept. 4. The others — Murphy, Ryan O’Donnell and Steven Connor — are running as write-in candidates.

Murphy worked for the late Sen. Ted Kennedy as a legislative assistant, for the administration of Gov. Deval Patrick as a legislative director, and has served in the U.S. Department of Justice. Additionally, he was general counsel for Sen. Harriette Chandler, D-Worcester, and later Sen. Mark Montigny, D-New Bedford, working in the state Senate for about five years.

Asked about some of his proudest legislative accomplishments, Murphy said he helped to defeat the attempt to ban gay marriage in the Massachusetts Constitution, and drafted the bill that made human trafficking a crime in Massachusetts.

Adopted from Colombia, Murphy said he feels very fortunate to have been able to have worked for powerful people and helped millions.

“I just want to make a difference,” he said, saying that he’s spent most of his adult life trying to help others.

Murphy grew up in Amherst and graduated from Amherst Regional High School. Although he has not had a residence in the district since the 1990s, his mother and sister live in Northampton.

“I go home regularly,” he said.

Murphy plans to relocate to Amherst, although he does not have an exact date.

He also said he spoke to Rosenberg and Ellen Story, the former 3rd Hampshire District representative, on Wednesday, both of whom he counts as friends. He said they both gave him some advice, although neither has endorsed Murphy at this time.

Murphy said that education and health care are his two biggest priorities, and that he is a supporter of single-payer health care. He also said he was elected three times to the Natick School Board.

“I get local politics,” said Murphy, noting that he appreciates the need to talk with constituents and hear concerns.

Murphy’s two daughters are 18 and 13 and attend Natick schools.

“My plan is to win the Democratic primary,” Murphy said.

Asked what he would do if he lost the primary, he said said he would have to explore his options.

O’Donnell said this week that if Rosenberg had resigned before the filing deadline, he would have moved to get on the ballot for the Democratic primary. He said he will not run as a write-in candidate in the general election if he loses in the primary.

“I’m a Democrat,” said O’Donnell, who said he’s treating the decision exactly the same as if he was on the ballot.

He said that giving voters a choice in the election is more important than the mechanics surrounding a write-in campaign.

Connor also said he is not planning to run as a write-in in the general election should he lose the primary.

However, if he lost by a very small margin, such as four votes, he said, he might consider running as a write-in in the general election.

Connor said that running a write-in campaign involves having voters take an extra step when voting, and that he is going to need to meet people and make personal contacts with voters in every single community in the district, although he won’t be able to do much until after Florence’s Memorial Day Parade.

“This is going to be my summer,” he said.

O’Donnell and Connor were previously running for the Democratic nomination for the 1st Hampshire District seat in the Massachusetts House, which was vacated by the February death of Rep. Peter Kocot, D-Northampton.

Murphy has been involved in the campaigns of a number of other candidates.

“I’ve worked on numerous campaigns here in Massachusetts,” he said.

If a write-in candidate should win a party primary in the Hampshire Franklin and Worcester District, that candidate will be on the ballot as that party’s nominee in the general election in November, as long as he gets at least 300 votes. This threshold will not apply to Kline, as she has gathered and submitted the necessary signatures to qualify for the ballot.

Although no one is running for the seat as either a Libertarian or a Republican currently, a candidate could still get on the general election ballot for either one of those parties if they receive at least 300 votes as a write-in candidate in the primary.