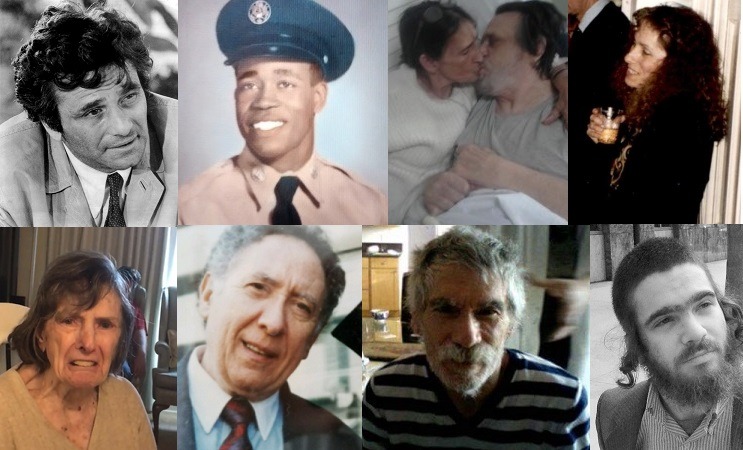 Images of adults who were medically kidnapped that Health Impact News has covered.

Most of the stories that we cover at Medical Kidnap involve children who were taken from their families by Child Protective Services. However, medical kidnapping can happen to adults too.

We have covered a number of stories of adults being taken by Adult Protective Services and being placed under the legal guardianship of strangers.

In January, we covered the stories of 2 medically kidnapped elderly women in the Boston area who were allegedly euthanized with the approval of their court-appointed guardians, against the wishes of their family members.

Philly.com now reports that a woman who has been court-appointed as a guardian in at least 93 cases from 2015 to 2017 has a considerably criminal history of fraud, bad check writing, and forgery.

Yet, Gloria Byars was the guardian recommended by the non-profit Philadelphia Corporation for Aging to oversee the lives and estates of many senior citizens in the Philadelphia area.

Guardians in many states are not required to undergo background checks, and it is stunningly easy in some places for anyone to become a guardian. It is also stunningly easy for an unscrupulous person to allege that a person is “incapacitated” and in need of a guardian, even if it is not true.

It all boils down to money.

As reported by Philly.com:

Many of these 1.3 million adults have worked their whole lives expecting their estate to provide for them in their sunset years, leaving what remains to their heirs.

Yet, with virtually no accountability, guardians have been known to swoop in and decimate large estates, sometimes leaving their victims penniless and homeless, all the while leaving their children and grandchildren in the cold.

Last year, we reported the story of Marvin Siegel, a wealthy Boston area attorney. Guardians continue to this day to keep him isolated from his youngest daughter, Lisa Belanger. While Lisa still battles in court to get her father free from what she has called the “blood-sucking vultures” involved with the non-profit group Jewish Family and Children’s Services, the guardians have drained his estate. 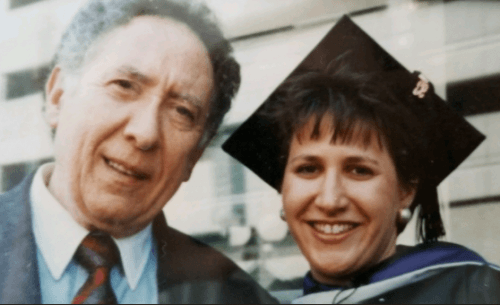 Marvin Siegel at his youngest daughter Lisa’s graduation. Now, guardians keep Lisa from having any contact with her beloved father. Photo provided by family.

When Marvin Siegel was first isolated from his family, his estate was worth over $9 million. Now, $5 million of that is gone, vanished.

His loved ones, for whom he worked hard all his life, haven’t seen a dime of their father’s money.

Those without money can be just as vulnerable to exploitation by unscrupulous guardians.

Mary Frank is another Boston-area senior citizen who was medically kidnapped and is under a court-appointed guardian, one who has actively isolated her from everyone she knows. She was handcuffed and seized from her home and is now being held against her will in a nursing home.

Her story is here: 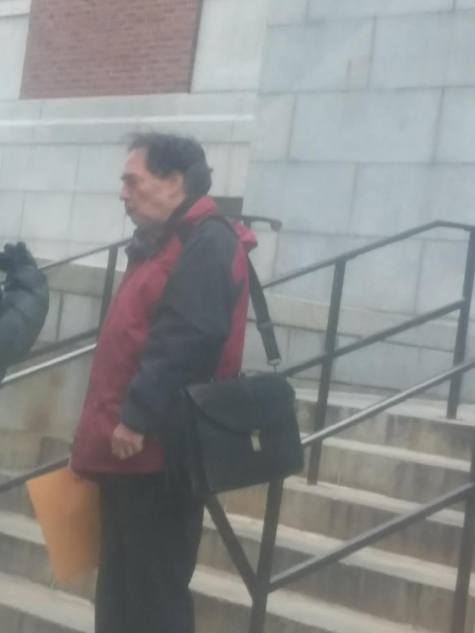 David Schwartz is the Attorney for Jewish Family and Children’s Services, guardians for Mary Frank, the late Beverley Finnegan, and the late Alice Julian. He argued for pulling the plug on Ms. Finnegan. Photo by Lisa Belanger.

Relatives of Edmund and Margareta Berg were shocked to learn, a little more than a year ago, that the court-appointed guardian handling the Fox Chase couple’s finances had a record of fraud, bad checks, and forgery.

Around that time, Marie Frisby began questioning the guardian appointed to help her husband, Hank. They contend that his bills weren’t being paid and, as a result, they had to sell their home in Wyncote, Montgomery County.

Meanwhile, Nu Vuong, a naturalized U.S. citizen who doesn’t speak English, had been moved by her guardian from her Kensington home to a Delaware County nursing facility where no one spoke her language.

In each case, the guardian was the same woman, Gloria Byars of Aldan, Delaware County. 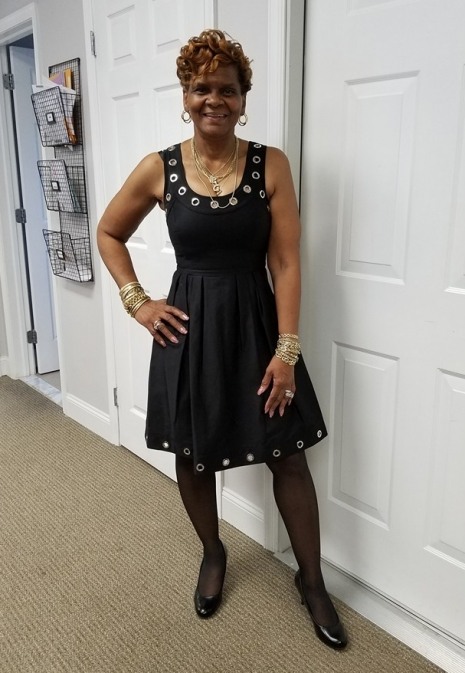 Questions about Byars’ financial management led judges to remove Byars last year as guardian of the Bergs and Hank Frisby. She has since been removed from about 100 cases in Philadelphia, Montgomery, and Delaware Counties.

In Philadelphia, about 6,800 adults are under guardianship care, many of whom are overseen by family members. Five lawyers also regularly serve as guardians, and others on an occasional basis, as well as about 17 non-attorney professional guardians, like Byars.

Any interested person or agency may petition a court to appoint a guardian. A judge then holds a hearing to determine if the person is “incapacitated” — unable to manage his or her own personal or financial affairs.

Once appointed, a guardian is paid through that person’s assets or income. Their fees vary: Some could charge $100 an hour, observers say, but they also could make much less overseeing a poor client’s finances.

Guardians must file with the court regular reports of the assets, income, and expenditures they manage. But otherwise, they are generally left alone.

The only legal requirement to become a guardian in Pennsylvania is the ability to read and write in English. And that in turn opened the door to applicants like Byars.

Philadelphia judges appointed her to 93 cases from 2015 until last summer, in most cases based on a recommendation by the Philadelphia Corporation for Aging. The nonprofit, which provides home care to more than 21,000 and helps thousands more through its tip line, is supposed to act as a watchdog for the city’s most vulnerable citizens.

But an attorney for the agency told a judge at a hearing last year that PCA did not know about Byars’ convictions for fraud and bad checks — a past that a simple Google search would have uncovered.

Abbey Porter, an agency spokeswoman, declined to discuss why PCA had recommended Byars and whether the agency had conducted a background check. She wrote by email that PCA is “aware of the complexities and challenges of the guardianship system, including the ‘vetting’ of guardians.”

Byars, 57, has not been charged for her role in any guardianship cases. [Emphasis added by Health Impact News.] She repeatedly has declined to speak to the Inquirer and Daily News, when approached in person or through phone calls and letters left at her office and home. Lawyers representing her also have declined to comment.

Diane Menio, executive director of the Center for Advocacy for the Rights and Interests of the Elderly (CARIE), in Philadelphia, said Byars’ record shows agencies and courts need more due diligence in choosing guardians.

“Someone convicted of financial crimes is certainly not someone who you want managing an incapacitated person’s finances,” said Menio. “This whole thing is based on trust.”

Court records show that in 2005, Byars was charged in Virginia with defrauding several people by using their discarded credit-card convenience checks, fished out from post-office trash cans. She pleaded guilty that October and was later sentenced to 37 months in federal prison and ordered to pay $29,503 in restitution.

After completing her term in December 2007, which included stints in a halfway house and on home confinement, Byars, who had once lived in Camden, moved to Delaware County. Her supervised release, which ended in December 2010, barred her from working in a job that required her to handle money or have access to financial accounts.

At some point, she began working for Robert Stump, a guardian and owner of RES Consulting in Havertown. According to one LinkedIn account, she worked there from 2008 to 2016. Stump did not return calls seeking comment.

The same LinkedIn account says Byars received an associate of arts degree in business administration from Kaplan University in 1981. A spokeswoman for Kaplan, headquartered in Chicago, said the university, which offers online courses, has no record of Byars’ taking classes.

In 2016, Byars branched out on her own, opening Global Guardian Services in Lansdowne, Delaware County.

That Dec. 6, Byars was appointed guardian for the Bergs, upon PCA’s recommendation.

From that point, she reportedly bilked several senior citizens from their homes and estates, leaving family and friends in the dark, helpless to protect their loved ones.

Read the full story at Philly.com.

Gloria Byars still has a website up that calls her a “Guardian, Philanthropist, and Community Volunteer.” According to the site www.GloriaByars.com:

As a court-appointed guardian with Global Guardian Services of Lansdowne, Pennsylvania, Gloria Byars protects the safety and well-being of vulnerable older adults. She has served as a guardian for more than 123 individuals over the course of her years with the company, during which time she has helped them manage their finances and conduct the tasks of daily living. Gloria Byars comes to this role with nearly a decade of experience as a guardian, having served in the same role with RES Consulting of Havertown, Pennsylvania.

Also actively involved with international outreach, Gloria Byars cofounded a food distribution program for children in the Philippines. She also volunteers her time with the Church of the Overcomer in Trainer, Pennsylvania, and serves as a facilitator with the Prison to Praise Ministry, through which she supports the rehabilitation of individuals in the prison system. In helping these individuals to secure stable housing, find substance abuse support, and acquire full-time employment, Ms. Byars enables them to re-establish themselves as productive members of society.

Medical Kidnap: It Happens to Adults Too

Disabled Virginia Mom Arrested with No Warrant, No Charges Because Health Impact News Exposed her Story

A California Father Pleas for Justice: Wheelchair-bound Son Kidnapped and Allegedly being Tortured in State-care